Posted by tomas, editor rad dad zine at 9:47 AM No comments: 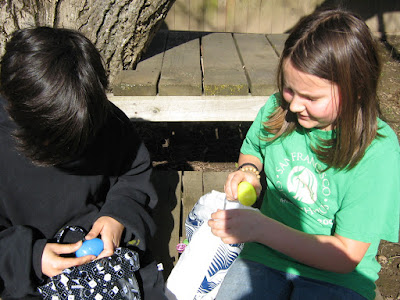 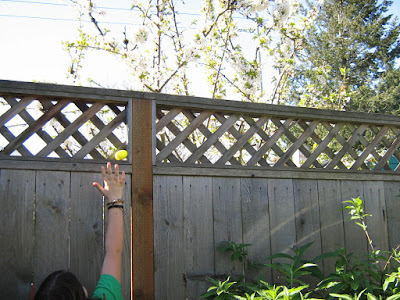 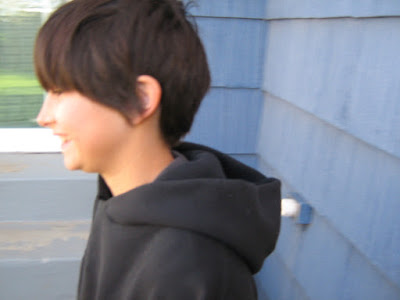 and our roadies introduce us


they were the best part of the show 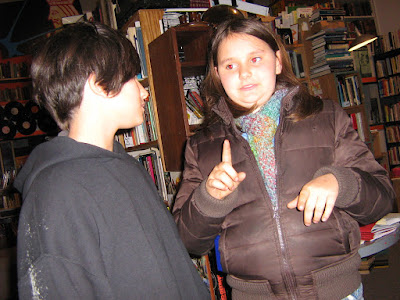 so we had our second night off in eight nights -- it was so beautiful outside we laid in the road and watched the stars move then sat around with sky and hannah and had tea and told stories -- the best thing has been the time i've spent with the girls, with artnoose and with meeting so many people who have been willing to put us up, feed us, make us feel so welcome

we have two more shows and then were home

we're beginning to feel that pull, like a rubber band, of our place calling us 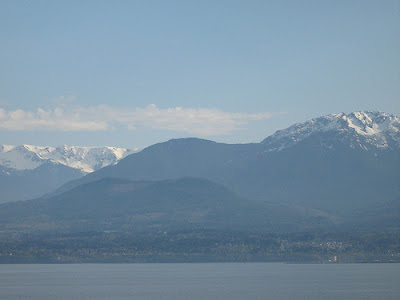 see they do more than eat candy and donuts 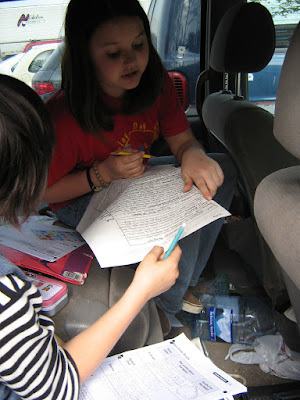 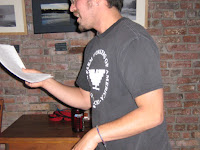 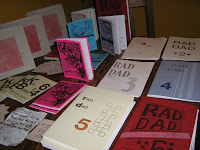 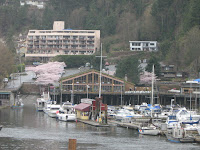 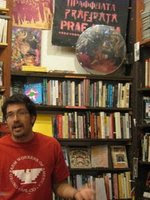 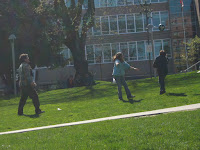 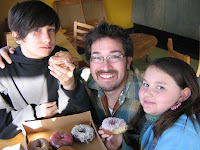 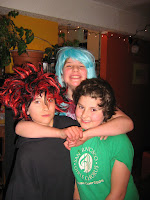 so the country is so beautiful and the city is very big -- there is a lot of poverty and clearly hard times down in the area we were in for most of the day. we walked through downtown, played soccer, laid in the grass, had coffee then our reading, it was a bit of a serious crowd -- no one had seen dumb and dumber in the audience -- can you trust someone without that cultural reference..

and i heard 'eh' a lot -- there are some really cool amazing people though -- the creaters of baby block, and the person who is sharing their house with us -- it's nice to be out of the us...
Posted by tomas, editor rad dad zine at 11:25 PM No comments: 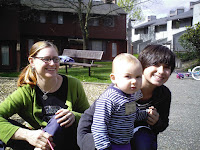 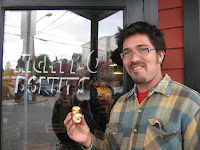 ok so a quick recap -- i read 4 new pieces esp because jessica and her wonderful family came to both nights so i was forced to improvise and i think it was the best readings yet -- the kids had a great time playing with emmajoy and mayaray, soccer, food, stories, they were a little tired the evening of left bank books because it was soooo nice and we were all so lazy -- then zora fell off a piece of modern art in the park crying for help -- clover and i just zoned it out

ok off to lay on a couch and read
Posted by tomas, editor rad dad zine at 3:27 PM 2 comments: 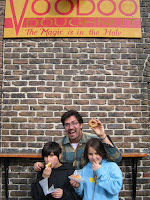